Could there ever be a moldy mac? - check the new burger king campaign 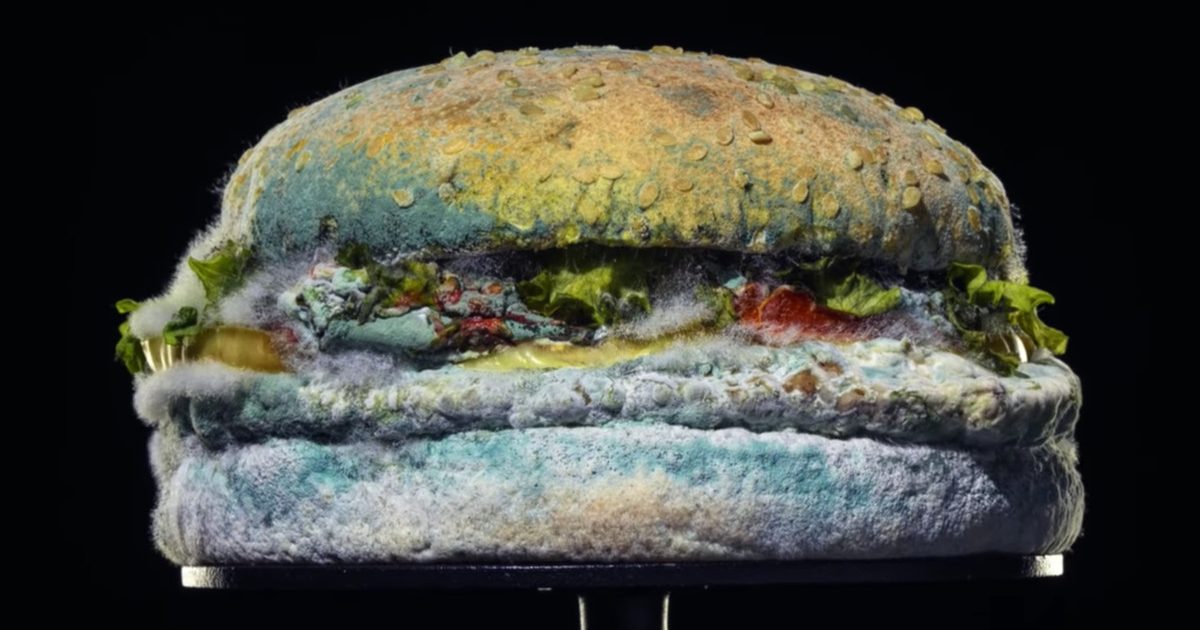 Could there ever be a moldy mac?

Burger King goes against every rule in the marketing playbook

Everyone who thinks himself a bit of an advertising expert has shared a thought on Burger King’s Moldy Whopper campaign. There are roughly two camps. There are the ones who admire creative excellence as much as CMO Machado’s balls – pardon the visual cue. These people are not wrong. It is ballsy AF and goes against every rule in the marketing playbook but one – the rule that says to mess with the rules. It’s on the news, it’s on Sponge Bob. There’s disgust, there’s love, there are opinions all around.

The second camp is a more cynical group and consists of those who see it as an advertising community insiders stunt. It is mostly ad people who value the guts and creativity. This group too may be right: Joe Average will likely be disgusted by the hairy thing and will surely not make a run to the nearest restaurant.

We believe a food ad ideally is delicious, distinctive and engaging. I am – obviously – a strong believer in the power of depicting food as tasty as possible for the sake of selling it. But I am as strong an advocate of distinctiveness within the category, and of people giving a damn. BK’s campaign is two out of three: it sure as hell is distinctive, and there’s no lack of emotion, albeit disgust. I’ve seen (and made!) many ads that hardly score two out of three, and the client still was pleased with the result. 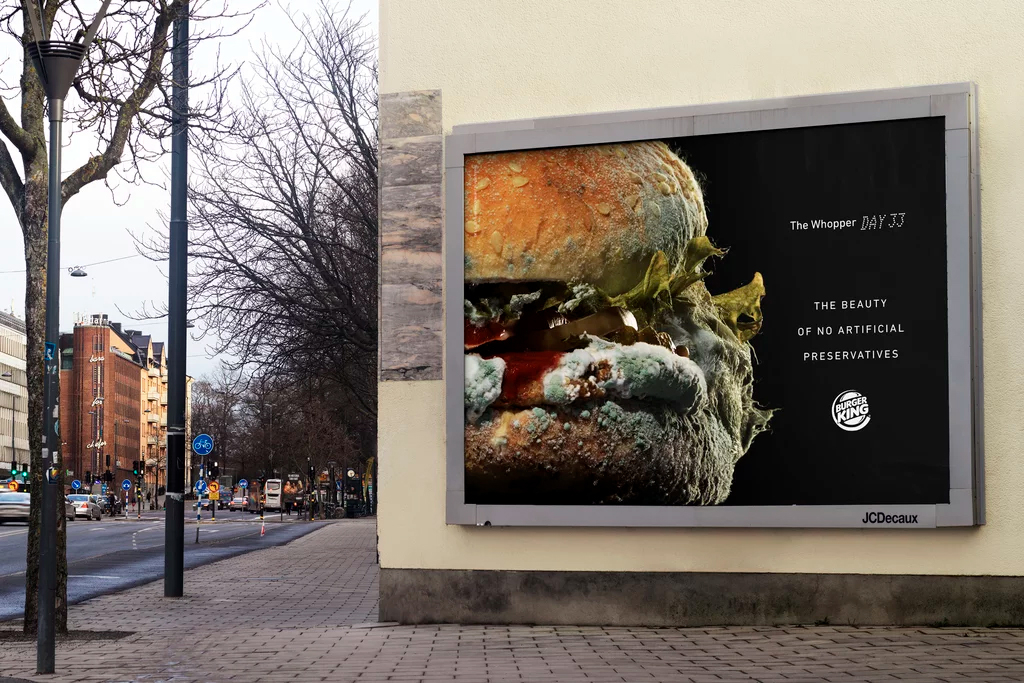 The most awarded advertising of Burger King revolves around brilliantly mocking, challenging or pestering McDonald’s. Its food ads though are done in roughly the same way as any other QSR’s: get new folks in with a limited time offer, highlight its ingredients and flavours and show the process in an acceptably romanticised way. I am a proud supplier to both Burger King and McDonald’s and find differences only in details: a substantial piece of the communication of the two rivals shows significant similarity. 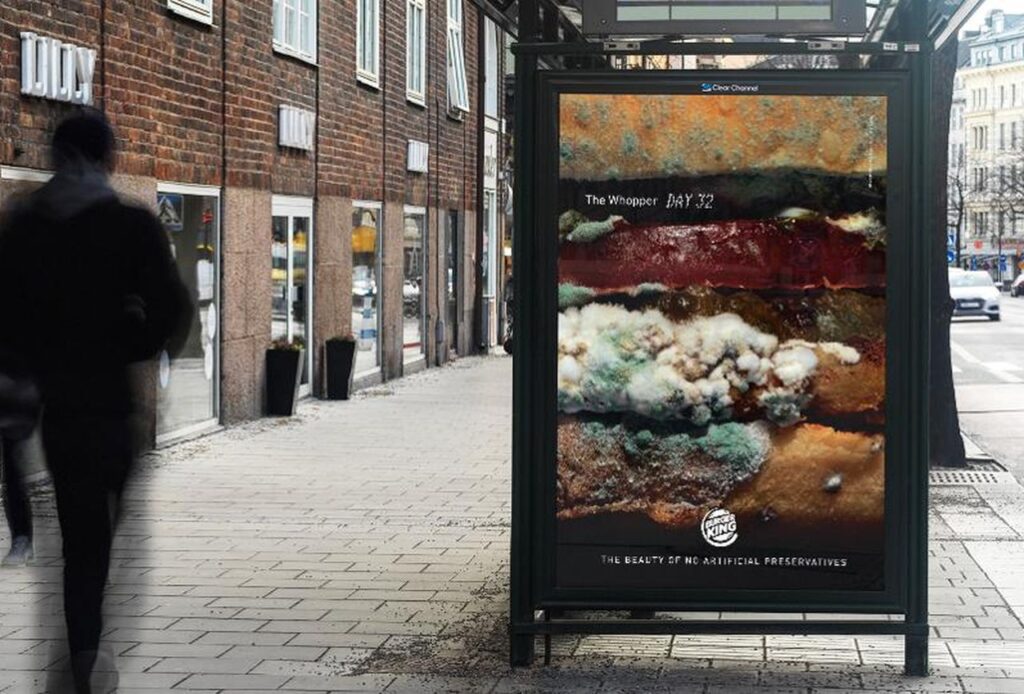 The part that catches the eye of ad blogs though, is profoundly different. The King is loud and audacious whilst Ronald is reliable and classic. That difference stems from the fact that McDonald’s is a market leader, by a great distance. One article said it is Ronald’s playground and the others just get to play. The witty and cunning fighter mentality of Burger King is only possible with a big brother to rebel against. It must be difficult to resist a smart plaguing or a brilliant pun that gets you into the news and onto awards stages. If the true goal was to make a health or environmental impact, I’m not so sure eliminating preservatives is the most effective way to do so. What it does reveal is that the true goal of these ads is not to make impact or business, but fun and waves. 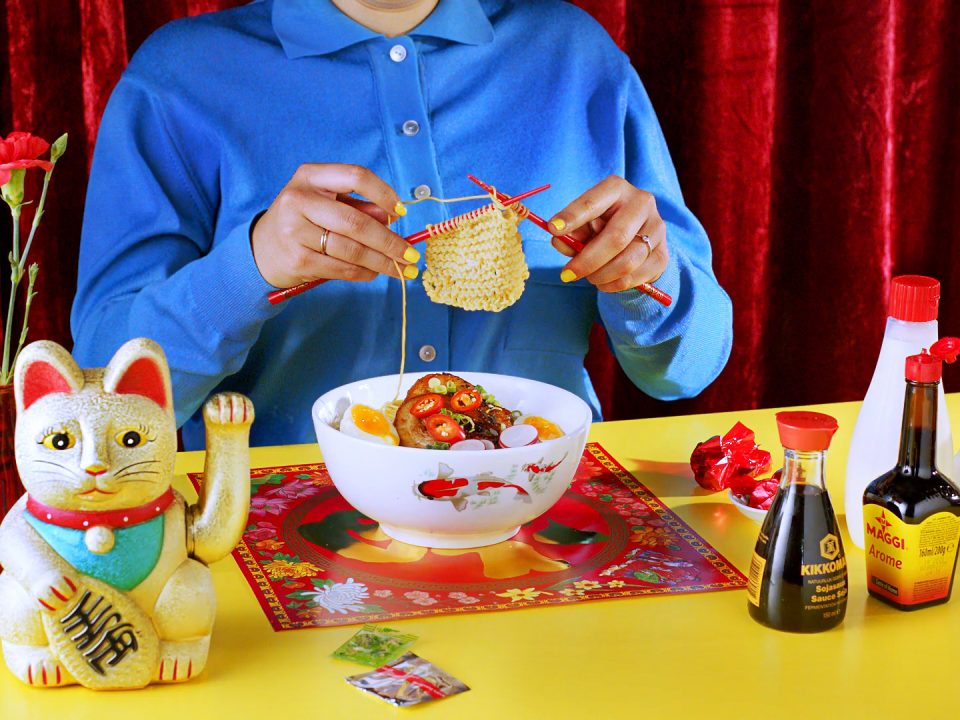 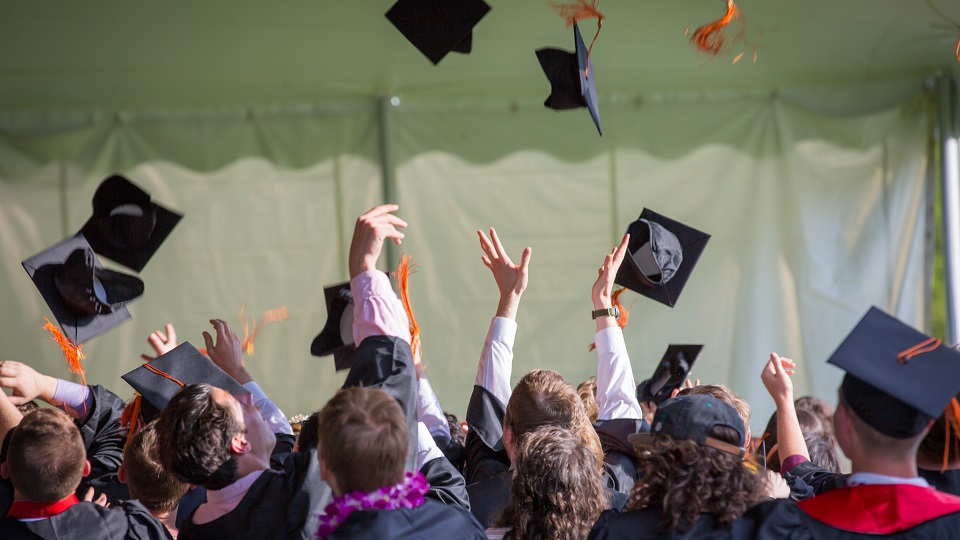